Ariyan Johnson, a native New Yorker, graduated from La Guardia High School of Music & Art and Performing Arts, where she studied dance, holds a B.A. in Speech Pathology and Audiology, and an M.A. in Applied Theatre. Johnson creates strong female perspectives within the African Diaspora culture specializing in Hip Hop, Jazz, Afro-Fusion Modern, and African dance forms. She is a multi-disciplinary artist known for her best female lead nominated performance in the Sundance Special Jury Award Prize film Just Another Girl on the I.R.T., where she represented Hip Hop female dance duos. Other credits include Law and Order; J.A.G.; Bulworth, where she depicted a rapper influencing Hip Hop culture on the political landscape; and a series regular on The Steve Harvey Show. Johnson is considered a “DAY ONE” in the commercialization of Hip Hop dance having worked with pioneers of the field. As a professional dancer, she has either danced, choreographed, and toured worldwide for an array of artists such as L.L. Cool J, Salt-N-Pepa, Queen Latifah, Ms. Melodie, Prince Markie Dee, Ya Kid K, Mary J. Blige and many more. She was a featured member of Forces of Nature Dance Theatre and Ronn Pratt’s Alpha Omega Theatrical Dance Companies and began her community work exploring jazz-based dances of protest with Eleo Pomare’s Dancemobile. Through her company, D.I.M.A.B.A. founded in 1991; she is a community partner with Los Angeles Unified School District, where she artistically engages high school students in educational activism. As an educator, she taught drama conventions and Hip Hop dance to genocide survivors in Rwanda, Africa.

Currently, Johnson is the three-time recipient of the Los Angeles Department of Cultural Affairs Artist-in-Residence grant and is developing her book on Black Dances in the church. Ms. Johnson looks forward to her new journey at UCI. 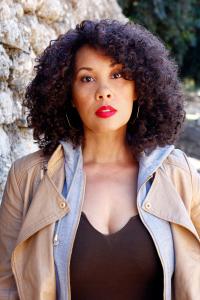