Charlotte Griffin creates dynamic work for the concert stage, cinematic screen, and multimedia environments. Her repertory has been commissioned by The Juilliard Dance Ensemble, The Hartt School Dance Division, BJM Danse in Montreal, Danza UDLAP, Barcelona Institut del Teatre, The Juilliard Summer Intensive, Peridance Professional Trainees, Princeton University, Rutgers University, and more. She has had the privilege of creating ballets at The New York Choreographic Institute with dancers from the New York City Ballet and School of American Ballet, at the American Ballet Theatre Summer Intensive in Austin, and for Eliot Feld's Ballet Tech Kids Dance. Current projects include choreographing Monk Parrots’ original production ofBum Phillips All-American Opera, which premiered at La MaMa’s Ellen Stewart Theater in New York, and contributions to The Nexus Project produced by The Cambrians for premiere in 2017.

Charlotte’s own education and professional trajectory have deep ties to the American Dance Festival where she studied from 1994-1996 and was honored to receive the Scripps/ADF Primus-Tamiris Fellowship for the International Choreographers Commissioning Program in 2005. In addition, she has been a guest artist at ArcDanz in Mexico, Springboard Danse Montreal, The Yard, Cayman Island Arts Festival, and the Bates Dance Festival. Her award-winning dance films, Barefoot Negotiations (2009) and Raven Study (2007), have screened internationally and have influenced her continued research of choreo-cinematic form, motion, and style. She served on the selection committee of ADF’s International Screendance Festival in 2010 and currently acts as an Advisory Board member of TenduTV, an online dance channel.

As a young dancer, Charlotte received her BFA in Dance from The Juilliard School under the direction of Mr. Benjamin Harkarvy and performed the masterworks of artists such as Paul Taylor, Agnes de Mille, and José Limón. Upon graduation, she was honored with The Martha Hill Award for excellence in her field of study and went on to collaborate and perform with choreographers including David Neumann, Yasmeen Godder, Sue Bernhard, Toshiko Oiwa, Karen Graham, Robert Battle, and Larry Keigwin. She received her MFA in Dance from The University of Texas at Austin, taught at Marymount Manhattan College and Bowdoin College, and has offered master classes in Mexico, Spain, the Czech Republic, and South Korea. Originally from North Carolina, Charlotte is delighted to join the sunny ranks of the University of California, Irvine Dance Department. 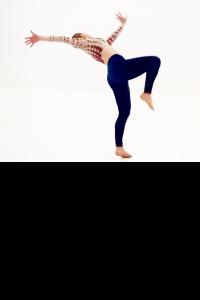