Jennifer Fisher’s first book, Nutcracker Nation: How an Old World Ballet Became a Christmas Tradition in the New World (2003, Yale) won the de la Torre Bueno Prize Special Citation given by the Society of Dance History Scholars. Her latest book is Ballet Matters: A Cultural Memoir of Dance Dreams and Empowering Realities (McFarland, 2019). She is co-editor, with Anthony Shay, of When Men Dance: Choreographing Masculinities Across Borders, from Oxford University Press, 2009. With a master's degree in dance history and ethnography from York University in Toronto and a Ph.D. in Critical Dance Studies from the University of California, Riverside, she taught both at York University and at Pomona College, Claremont, California, and was for ten years a regular contributor of dance writing to the Los Angeles Times.

Fisher’s scholarly articles have appeared in many dance publications and journals, on topics such as gender and dance, whiteness and ballet, Anna Pavlova, and the history and effects of so-called lyrical dance on dancer training. She has also contributed op-ed columns to the New York Times, and the Los Angeles Times, most recently on the campaign to end “yellowface” portrayals in The Nutcracker’s Chinese dance. https://www.latimes.com/opinion/op-ed/la-oe-fisher-nutcracker-chinese-dance-revisionism-20181211-story.html

As founding editor of Dance Major Journal in 2010, Fisher has produced issues available on the Dance Department website (links below), with all issues from 2016 onward available at https://escholarship.org/uc/dmj. DMJ features writing by dance majors, graduate students, and guest professionals, illuminating viewpoints, research, and experiences from a dancer perspective.

A former dancer and actor, Fisher also had careers as a travel writer, film critic, magazine editor, television critic, and media commentator for CBC radio in Canada. In the 1990s, she made a few unlikely comebacks in the arena of performance, appearing on the sidelines of the Kirov Ballet's Romeo and Juliet and La Bayadère, and later, alongside Mikhail Baryshnikov in David Gordon's "The Matter," which used La Bayadère music and was remounted for "PastForward," a White Oak Project. She has presented papers at many professional conferences and has guest lectured for American Ballet Theatre, the National Ballet of Canada, San Francisco Ballet, and many other organizations.

An excerpt of Nutcracker Nation appeared in Dance Magazine. Dr. Fisher has also appeared on NPR's "Talk of the Nation," ABC's "Nightline," and "CBS Sunday Morning."

Fisher holds the distinction of being the only self-appointed ballet coroner to hold regular inquests into the death of Giselle. 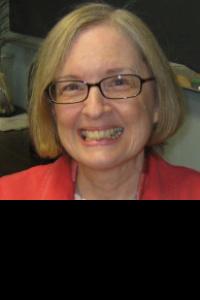