Mary Corey is a Certified Professional Labanotator. She began her work in this area as a staff notator, reconstructor, and teacher at the Dance Notation Bureau in New York City. Prof. Corey has notated works by George Balanchine (Allegro Brillante and The Four Temperaments), Martha Graham (Panorama), José Limón (The Unsung), Donald McKayle (Rainbow 'Round My Shoulder and Angelitos Negros), Jerome Robbins (Dances at a Gathering, co-notated with Sandra Aberkalns), Joyce Trisler (Journey), Jean Erdman (Passage), Isadora Duncan, Clay Taliaferro, Beverly Blossom, and others. She was the notator for Daniel Lewis' book, The Illustrated Dance Technique of José Limón, which has been translated into German, Spanish, and Japanese, and she has also notated the dance technique of Hanya Holm. She has worked with the American Dance Legacy Institute, the Repertory Etudes Project, and the New Dance Group Project, notating Rainbow Etude (Donald McKayle), Rooms Etude (Lorry May, after Anna Sokolow),Limón Etude (Carla Maxwell), Parsons Etude (David Parsons), as well as Tenant of the Street (Eve Gentry) and Man of Action (Daniel Nagrin).  She was the notator for Chinese Dance projects at the University of Iowa and the University of Hawai’i, working with professors from the Beijing Dance Academy.

Prof. Corey joined the UCI faculty in 1990, having previously been on the faculty of the University of Illinois, Champaign-Urbana and California State University, Long Beach.  She has taught Advanced Labanotation at The Ohio State University and the University of Hawai’i.  At UCI, she has served as Associate Dean of the School of the Arts, Chair of the Dance Department, and Dance Graduate Advisor.  She received an Excellence in Teaching award from the Division of Undergraduate Education in 2003.  Her professional certificates as a Labanotator and Teacher are from the Dance Notation Bureau.  She holds an M.A. in Dance History and an M.A. in Art History, both from the University of California, Riverside, as well as a B.S. in Dance from SUNY/Brockport.  She is a Fellow of the International Council on Kinetography Laban. 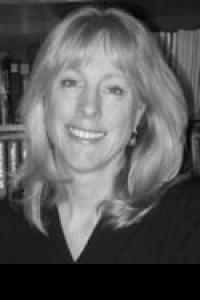